The written contents are as follows.

Gathering like ants or bees, running around to get something. There are people who are rich, poor, young, old. They have a place to go, a place to come back. Sleeping in the evening, waking up in the morning. Clinging to life, clinging to things...what is it for?
Oh, what kind of person does this skull used to be? Good person or bad person? Beautiful or ugly? Brave or coward? There is no reply, no hint of what he was. What a pitiful figure, what a pitiful figure...
This is exposed to the grass, suffered with rain, touched snow,turning into soil. Then, what is left? It is just a "name(fame)." If one is good, he gets fine name(fame). If one is bad, he gets bad name(fame). So, if one is fascinated with beauty, money and fame to get bad name, he is just ignorant.

He was born in Edo (now Tokyo). He was the second son of Seigyo Yamaoka(山岡正業) but he became a adopted son of Hosyo Takahashi (高橋包承). He studies spearmanship under his brother, Seizan Yamaoka(山岡静山). Then he became grand master of military school or captin. In the end of Edo era, There are successful three persons have the same Chinese Character, “舟” in their names. Tesshu Yamaoka(山岡鉄舟), Kaishu Katsu(勝海舟), and Deishu (泥舟). We called them Bakumatsu-sanshu (幕末三舟). 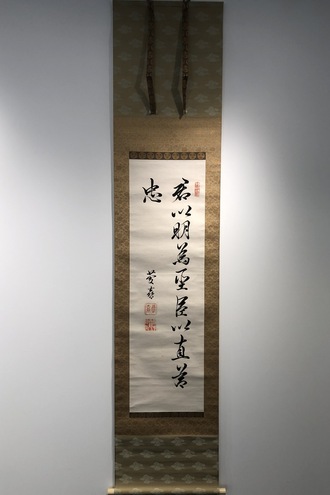 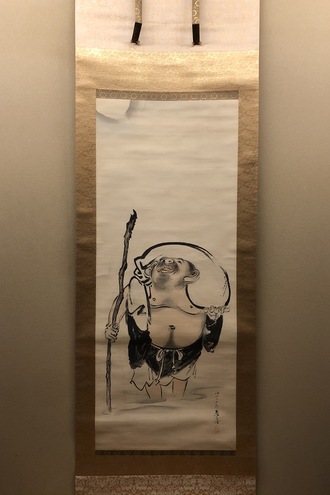 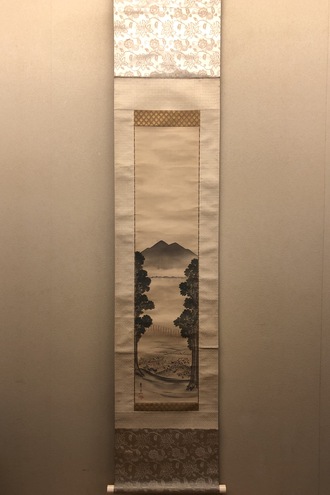 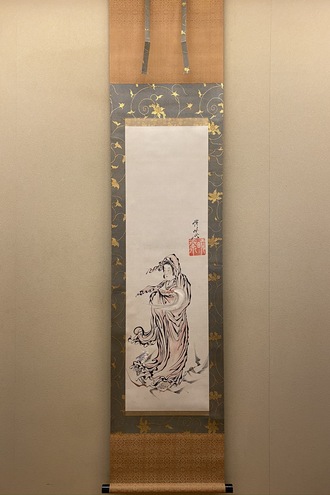